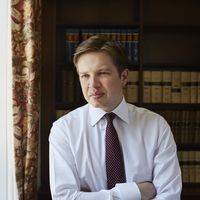 2. When considering the history of the land in question however, the understandable focus on documentary sources, has sometimes led parties (lawyers) to overlook an oftentimes rather simple point that has the potential to resolve a case.

3. A “boundary agreement” between two neighbouring landowners as to the position of the boundary between their two properties may take effect even where it might be arguablycontrary to evidence pointing to the boundary being in a different place. There is no necessary formality to a boundary agreement. Such an agreement might come into being by way of a relaxed neighbourly chat. The agreement, once made, will be binding on successors in title. It has been repeatedly stated by judges that so-called “boundary agreements” are to be favoured in the law.

Boundaries may be fixed by an agreement made between two or more adjacent owners where their boundaries are not clearly defined or have become lost or confused. In general, such an agreement need not be in writing and, a fortiori, need not be by deed; for, if it was fairly made, it will be presumed that it did not involve any alienation of land but that the boundaries settled were the true and ancient limits. Even where a conveyance apparently conveys a disputed strip of land to one adjoining owner, the erection of a fence or wall by that owner leaving the disputed strip accessible only to the other adjoining owner may be evidence of an express or implied agreement that the boundary is to be represented by that fence or wall. Moreover, the settlement of boundaries is a mutual consideration sufficient to support a contract not made by deed, even where the land is situated out of the jurisdiction.” [citations omitted]

“2.— Contracts for sale etc. of land to be made by signed writing.

(1) A contract for the sale or other disposition of an interest in land can only be made in writing and only by incorporating all the terms which the parties have expressly agreed in one document or, where contracts are exchanged, in each.”

6. It is clearly established that a failure to comply with these requirements (which have previously appeared in various forms in predecessor provisions) renders a contract void. At first blush this appears to be an impediment to a boundary agreement, which might be characterised as a contract or agreement for an exchange of land.

7. Neilson v Poole [1969] 20 P & CR 909 is the seminal case which has been repeatedly applied and expanded upon by the higher courts over the years. The parties had orally agreed and staked out a boundary between their two gardens. The agreement was upheld and boundary was said to be as staked out. Megarry J said at p.918:

“Now a boundary agreement may constitute a contract to convey land. The parties may agree that in return for a concession by A in one place, straightening the line of division, B will make a concession in another place; and the agreement may thus be one for the conveyance of land. But there is another type of boundary agreement. This does no more than identify on the ground what the documents describe in words or delineate on plans. Nothing is transferred, at any rate consciously; the agreement is to identify and not to convey. In such a case, I do not see how the agreement can be said to constitute a contract to convey land.

In general, I think that a boundary agreement will be presumed to fall into this latter category. This view is supported by words of Lord Hardwicke L.C. in Penn v. Lord Baltimore, a case concerning an agreement relating to the boundaries between Pennsylvania and Maryland. There the Lord Chancellor said:

“To say that such a settlement of boundaries amounts to an alienation, is not the true idea of it; for if fairly made, without collusion (which cannot be presumed), the boundaries so settled are to be presumed to be the true and ancient limits.” [emphasis added]

8. It is clear from the case which has repeatedly endorsed these principles that informal agreements between owners can and will be enforced by the courts. Such agreements, which may be inferred, can entirely defeat clever arguments about the construction of the conveyance.